The Hornet is the moderately overstable midrange disc in the Discraft bee themed lineup.This disc is substantially more overstable than the Buzz, but not as insanely overstable as the Drone performs. Though this disc fades hard, it makes up for it in it’s far glide distance. This is the perfect midrange for players who don’t want their discs to flip over.

The Hornet is available in the highly durable Z plastic. This is the best plastic for maintaining consistent overstable flight paths over time. 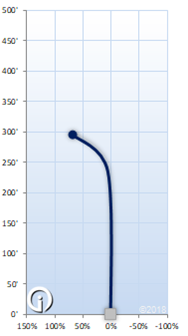