There are many different opinions on when Frisbee Golf was first played. Not long after the flying disc was invented, people started inventing different ways to make alternative games with the discs, including the golf-like version that this website is all about.

Here is a timeline that goes over many of the major events that lead to the creation of Disc Golf as a sport:

Early 1900’s – The first “Frisbee” originated from the use pie tins by Ivy League college students at the beginning of the 20th century. The Frisbie Baking company in Bridgeport Connecticut earned a reputation of having delicious pies with the added bonus that the tins they came in were fun to play catch with. This is where the “Frisbie” name was born that works so well to describe the flight of a flying disc.

1938 – Utah native Walter Frederick Morrison was inspired to find a better flying circular device after being offered money for a baking pan he and his girlfriend were tossing around on the beach. If someone would pay $.25 for an object that he purchased for $.05 cents there was potential for a business with significant mark up. Morrison was an inventor at heart and envisioned the potential a new toy like this could produce.

1948 – World War II put  a hold on Morrison’s invention, but in 1948 his vision came to reality as he experimented using plastics to

create the circular aerodynamic object. The object was first mass produced as the “Flying Saucer.”

1951 -Morrison worked to improve the flight characteristics of the Flying Saucer and came up with a new design that was originally branded as the “Pluto Platter” in 1951.

1957 -Wham-O Toys purchased the rights to the Pluto Platter and rebranded it as the Frisbee, taking advantage of the name recognition earned from the Frisbie pie tins.

1964 – Wham-O hired a man by the name of Ed Headrick as Marketing director. Headrick was very passionate about the flying disc and sought to find uses for it as a mainstream sport rather than just a toy. Headrick began sponsoring Frisbee competitions and formed the International Frisbee Association (IFA).

1965 – The first known frisbee golf tournament was held in Newport Beach California. This event was sponsored by Wham-O and run by a man named Kevin Donnely.

1975 – Ed Headrick left Wham-O to form his own company with a focus specifically on Frisbee Golf. He named this new company Disc Golf Association or DGA and invented the “Pole Hole” or disc golf basket. Headrick also discovered that heavier, smaller diameter discs fly farther than the traditional Frisbee. This marked a major separation between a Frisbee meant for catching and a disc golf disc built exclusively for throwing at objects.

1983 – Dave Dunipace furthered the separation between the golf disc and traditional frisbee with the invention of the bevel edged disc. Rather than a blunt edge, Dunipace’s innovation made discs more aerodynamic and allowed them to fly significantly farther. This new design earned US patent #4,568,297. 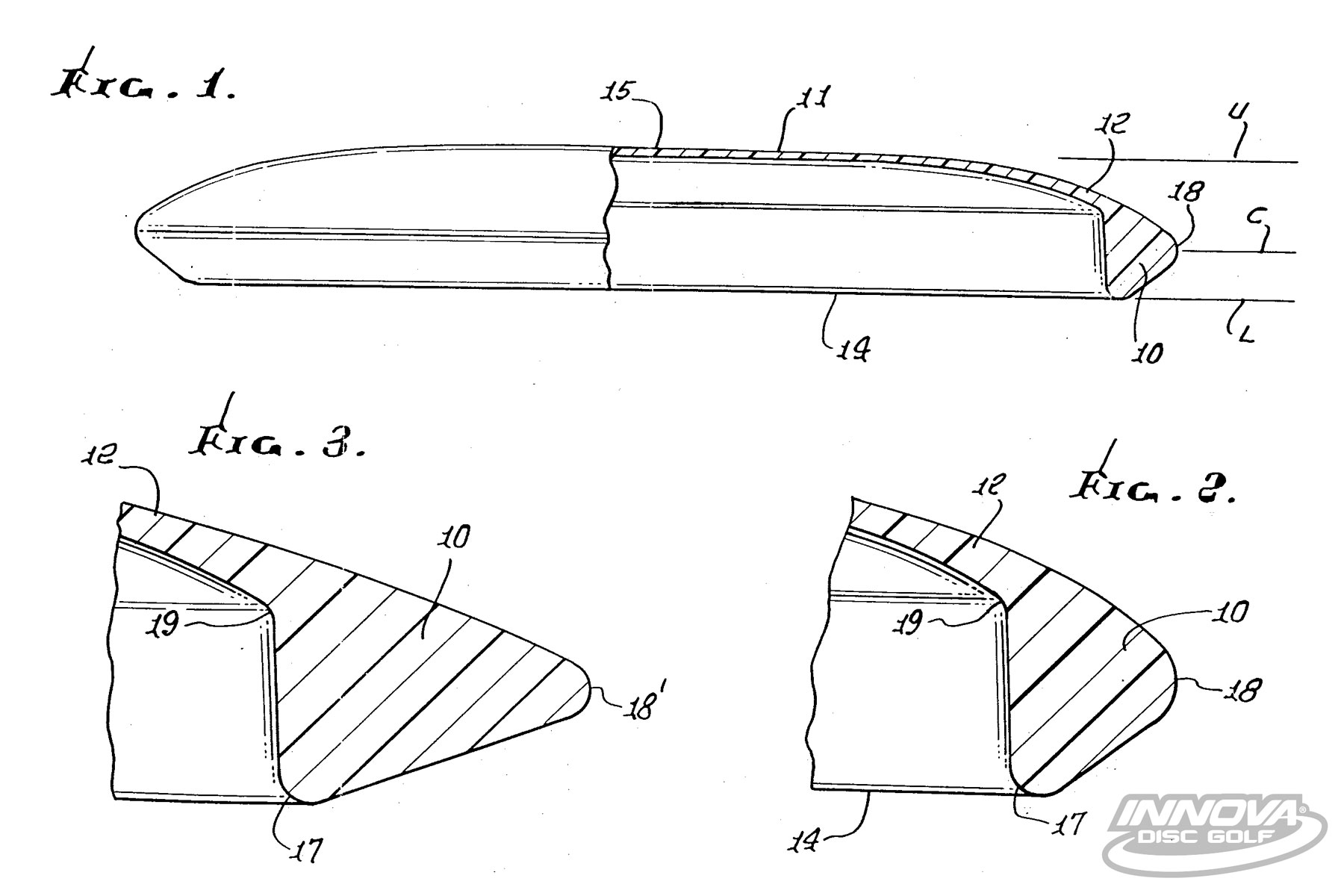 For more history of Frisbee Golf, consider these books and resources: